From pretty much entering this world, I have always known that that I was adopted. 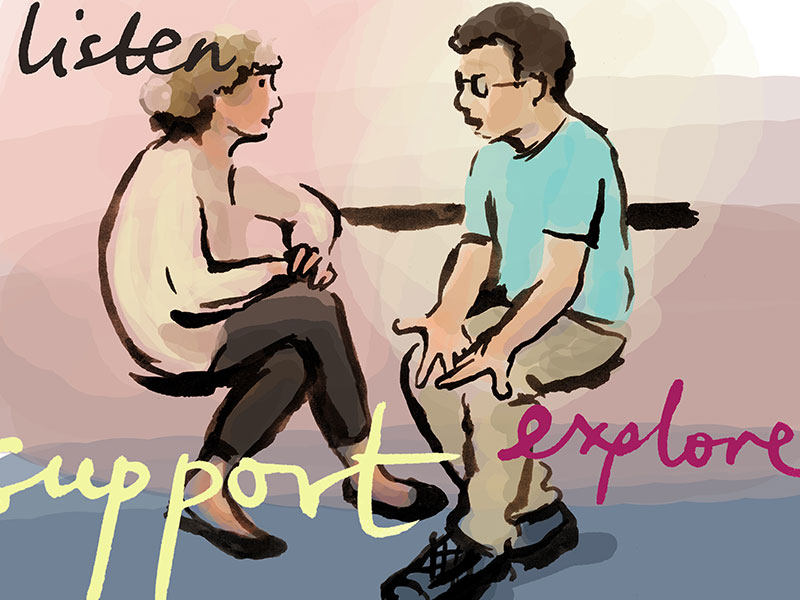 From pretty much entering this world, I have always known that that I was adopted. Now I am not saying as a little baby I understood this, but what I mean is that my parents have never kept my adoption a secret and nor have they turned it into this major drama. Unlike the way it is portrayed in the movies or in the media when the newest celebrity has adopted from a third world country, I have what technically could be classed as an average “normal” life. Like the features I hold and the physical appearance of my body, being adopted is simply a part of who I am and I for one am very proud to be able to say that. My birth mum was a young Irish Catholic woman who fell pregnant out of wed-lock (which was highly frowned upon) and so faced complete shunning from her family. If she had kept me within those circumstances, then it would have meant that she most certainly could never have given me the life which I have now.

For me, I have not lived my life with many questions or ever felt a sense of “not belonging” or questioning “who I am” and nor do I have any desire to find my birth parents. The way that adoption can often be perceived, is that all adoptive people must go on a journey of finding out who they are and where they have come from. I for one would just call this a fact of life anyway right? We are all trying to find our way in this world. Don’t get me wrong, I have often thought about what could have been if I hadn’t been adopted. Who would have been my friends? Would I have gotten an education? Would I have been able to see any of the world? What would my family have looked like? But all of these questions simply make me even more grateful for having the family, friends and overall life that I do have and only further secures my identity.

Now don’t get me wrong, although I have this amazing life with an extraordinary family, there are some aspects of adoption which I have found a little difficult and they have occurred at different stages of my life. As a child I was very lucky to be surrounded by friends and children who accepted me for who I was and they were often just inquisitive about what adoption actually was. I never used to shy away and answered all the questions that I could or at least understood at that age.

What did become a little more difficult is when children used to ask and compare what member of their family they looked like, where did they get their height from, their hair colour, who looked more like their siblings etc. I of course could never answer this and as a young child in the playground, when all you want to do is join and fit in, could be a little more difficult. But what I did come to understand is that just because you do not necessarily look like someone physically, there are so many other traits which you will have personality and values wise which accounts for a lot more.  Heading into teenage and adolescent years were perhaps some of the more difficult years as it became evident that the subject of adoption was often a lot more taboo. Telling an adult about being adopted was very different to telling a child; where a child was merely curious, often adults acted embarrassed and awkward, unsure of how to answer and in my experience many people apologising. This led me to feel that I couldn’t be as open with sharing this kind of information with just anyone I met, not to protect me, but to more spare the feelings of others. It was only until I felt I could fully trust someone that I would share my story.

As I have become older though and now that I am in my late 20s, I realise that this shouldn’t be the case and in part is the reason why I am writing my story. I want people to know exactly how amazing adoption can be, not only are the parents getting the child that they have always wanted, they are giving a child the gift of life. I have often heard people say the reason why they would be put off adoption is because they worry they may not love the child as much as it isn’t “a part of them”, but I actually believe that they would love them so much more. For anyone who can have a child biologically means that anyone can be a mother or a father, but it takes someone extra special to be a mum and dad. I count my blessings every day that I was adopted, I feel so privileged and blessed for the family that I have.

From my experience, the one piece of advice that I would share with any prospective adoptive parent is always be open and honest.

From my experience, the one piece of advice that I would share with any prospective adoptive parent is always be open and honest. Do not shy away from telling you son or daughter where they have come from and instead celebrate in the fact that they are even more special to you. Adoption should not be a taboo subject and in order to make sure that it is not, it must first come from within.