It’s 4pm on a Friday afternoon and my work for the day in my role as Children’s Worker at Scottish Adoption is about to begin. 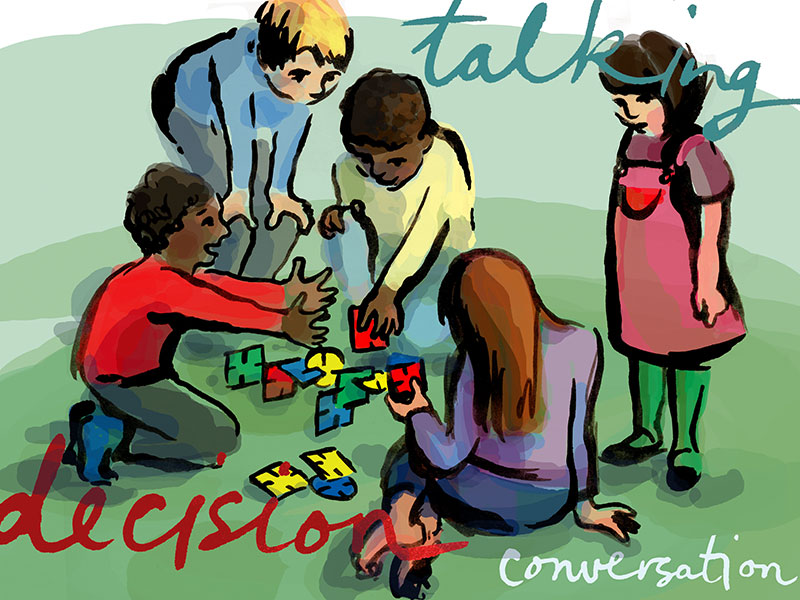 This afternoon’s events are a slight change from the norm. Instead of running our two young peoples’ groups, the Young Teens (ages 12-14 years) and the Old Teens (ages 15-18 years), we’re merging both, creating a super group and embarking on a rock climbing session.

We have 15 kids tonight, with the Young Teens having only recently having come together as a group and their older peers now over two years in. Looking at the larger group, it’s not hard to distinguish who belongs to which group.

In fact, if Attenborough were here, he’d be gently encouraging us to observe some key behaviour from these very different species. The proximity that the Young Teens have to their parents on arrival, standing separately, somewhat unsure of one another and eagerly looking for an ally. For some, this group might be the first time they’ve had the opportunity to forge a friendship with another adopted young person. For others, it might be that friendships in general are tricky. Three weeks into this new group and we still have the full pack. As a facilitator, I’m quietly elated.

The parents of the Young Teens are also acting as we anticipated they would; some question if their child linking in with peers with similar issues is a risk. There’s no doubt that bringing vulnerable children together can feel tricky. However, for adopted adolescents the teenage years can present a number of complexities with regards to identity, birth family and relationships.  During these times, the therapeutic support the group provides is invaluable and it can be argued that this is a risk well worth taking.

Looking across the room, I can see parents chatting and some swapping numbers. We hoped that this would happen, as even a five minute conversation sharing a family struggle can feel incredibly supportive. I hear “I get it. I understand. We’ve been there too!”

Despite the inherent commonalities of the Young Teens, the word adoption has so far only been mentioned once. This is because the focus for the year ahead is to have fun and to build trust with one another. Once this is established, the magic starts to happen.  Our plan to achieve this is simple. Games, team-work challenges, laughter and fun of the old fashioned variety are the order of the day.

Cast a look at the Older Teens and we see an entirely different picture. Some bodies entwined, others actively avoiding each other. I smell hormones and there’s an air of exclusivity to their huddle. This group has recently regressed from what could be defined in group work terms as their performing stage, to a more fractured state.  Having recently worked together incredibly well to organise and facilitate the Adoption Voices Conference (an overwhelming success by the way), followed by a number of changes to the group’s structure, the packs sense of safety has been jeopardised and they’re now re-grouping. In group work theory, this is known as Storming.

We’re back at the office for pizza and, before the last slice has been eaten, my co-worker and I have already diffused one major outburst, several mini dramas and watched an in-joke erupt into tears of laughter. Having already established a robust level of trust with one other, no subject is off limits. One of the questions they’ve asked this evening are, “If you could choose, would you rather not have had the experience of being adopted?”

I never cease to be blown away by the bravery of these kids. They regularly share their deepest private feelings with one another. They say they can’t do this with 99% of their other friends, but they do it here. This is their safe space.

However, with such intensity of emotions, some sessions can be difficult. This evening was tricky at best. Facilitating, or as described sometimes as the Conducting of a group, can mean digging deep into my skill base. For example, working to turn negative situations into learning experiences, constantly monitoring  the power dynamics, ensuring emotional/physical safety and doing this whilst genuinely (and they know if you’re not) staying attuned and joining in the fun and energy of the session.

There’s a reason adolescents are attracted to gangs, to packs and groups. Peer groups are a mirror. They’re practice for the wider world and they help teenagers develop social confidence. For adopted young people they’re more than that. They reduce feelings of isolation and provide a therapeutic community. Group work isn’t easy. It can be complex and often exhausting. But, reader, I love it.