I was born in Edinburgh in 1980, and it is probably fair to say that my initial start to life was not the greatest. 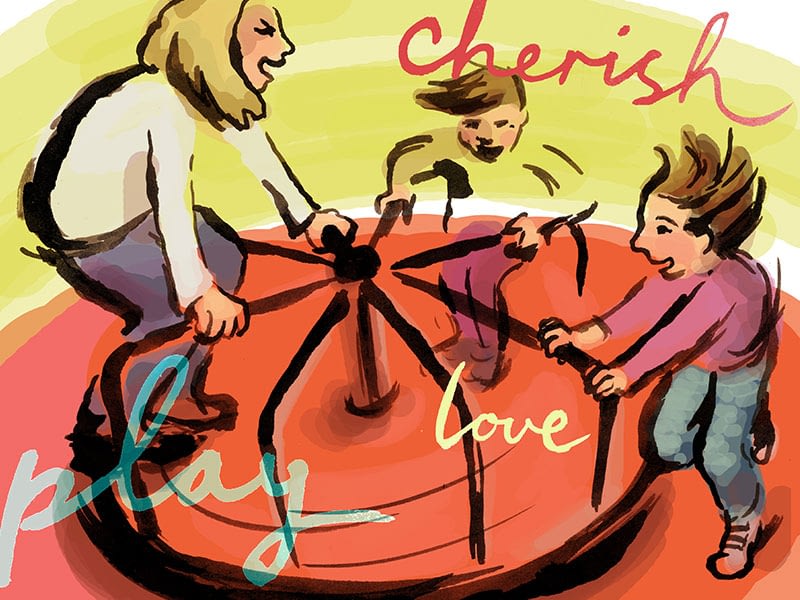 I was born in Edinburgh in 1980, and it is probably fair to say that my initial start to life was not the greatest. As a baby, I was ill quite a lot, and my biological mother; who was very young at the time, was not well enough equipped to deal with herself, her family, and the task of raising an infant.

After about 8 or 9 months I was taken into foster care by a very kind and loving family who doted on me. Apparently, I was exceptionally bright yet mischievous at the same time. Some things do not change.

I was formally adopted just before my 2nd birthday and since that day I’ve always been thankful that my parents chose me, I couldn’t have picked better parents myself.

The fact I was adopted was never hidden from me. I was given two photo albums that had pictures and little paragraphs outlining every detail from my birth right up until I was 7 years old when my parents gave me the albums. I found it interesting and humbled that people had gone to the time and effort in order to do that. I felt it was a good way for me to get my head around it personally. There were no tantrums or questions that I really felt I had to ask, as far as I was concerned my parents were my parents and I was happy.

When I was 20, I looked into the possibility of trying to find my birth mother. I have never held a grudge or anything in regards to being put up for adoption regardless of what went on in the past, one day the idea simply came to me. I did some research and met with an adoption counsellor who advised me how to proceed further if I wanted to. After pondering about it for a couple of weeks, I decided to leave it. I honestly cannot remember why I did not pursue the matter then, though maybe deep down I felt maybe, someone might come looking for me instead. Funnily enough, they did…

Getting in Touch with Scottish Adoption

Nearly two years ago, I phoned my parents about visiting with my Fiancée on my birthday. While on the phone my mum told me that I had had a letter from Scottish Adoption enquiring as to my identity and if I was the correct person they were looking for. I just had a funny feeling I knew what was coming, but I left it until I came home to visit and gave Scottish Adoption a call. I spoke to Julie the counsellor, who told me that I had a half sister called Fiona who wanted to get in contact with me.

After a short period we arranged to write letters to each other, a good way of breaking the ice. It became obvious quite quickly that we shared quite a bit in common, despite me finding out she was nearly 13 years younger than me. Our sense of humour was one thing in common, facially to it was obvious after swapping pictures, and I am normally rubbish at spotting that type of stuff.

It freaked her out a bit before we swapped photos when Fiona asked what I looked like as I jokingly told her I was a 5 foot 6 inch Ginger haired sibling, when in fact we are both dark haired with freckles, and I’m actually 6 feet tall. I found that quite funny at the time when I was writing to her and I knew she would get the joke… eventually! We had other things in common, things like music, jobs I had done, Fiona liked the same music and was doing the similar types of jobs.

Even College courses were similar as we are both interested in sports. I think the decisive factor for me was when I found out that both Fiona and her family supported the same football team as me. Her mum was already having kittens at the other coincidences as it was!

From Letters to Email

Our letters continued back and forward for about a year, and then moved onto emailing. Trying to find a date to meet was quite tricky due to different things going on in both our lives, but we got there. We met recently in Edinburgh, firstly at the Scottish Adoption offices with Julie and Fiona’s mum both present. We chatted for a couple of hours and swapped photos etc. Then we both went into town for lunch, to get to know each other a bit better away from it all, just the two of us.

It was a weird day in that I was not nervous at all. I was more concerned that she would be ok with everything rather than my own personal feelings. It all went great, Fiona said so too and I do not think she was lying…

I think the fact that it had taken nearly two years from first contact, to actually meeting, helped us too. The age difference was one thing that could have been an issue. Rushing into a meeting might have left us both a bit, not disappointed, but maybe a little unsure. Getting to know each other’s sense of humour and things, eased all that. She will probably go all shy at me for putting this down on paper! She is funny, just not quite as much as me and she definitely got the looks out of us both.

I am her big brother and have grown quite protective of her already… in a good way. She is my little sister and I would not change that for anything.

Fiona had been in touch a few times through her teenage years.  Initially looking for more information about her adoptive story and as she got older looking for her older birth sibling.  Her adoptive parents were supportive and involved each step of the way.

We did not locate David the first few times that we looked for him but two years ago when I did another search, I found an address that was potentially his parents.  Fiona and I met and we agreed that I would send them a letter for David and ask them to forward it onto him.

Fiona knew that it might be the wrong address and that even if we did find him he might not want to have contact.  We were also sure that he was unaware of her existence.

David rang and I explained that he had a younger sister who would like to have contact with him.  He had not known he had a sister and whilst excited, he took time to discuss it with his Fiancée and parents before committing to having contact.  It was important that David had the same information about his birth family that Fiona had before they started getting in touch with each other.  Therefore, time was taken to share information about his birth mother who had died many years previously and to share his adoption records with him.

We then started the business of letters going back and forth between David and Fiona – to keep everyone’s confidentiality all correspondence comes through Scottish Adoption.

Fiona was heading off overseas for a while so we moved to e-mail correspondence still through myself.

After about eighteen months, we started to talk about when David and Fiona would meet.  A lot of thought and chat went into this first meeting, which happened here at Scottish Adoption.  Fiona brought her Mum along for support while David came alone.  Everyone was very nervous (even David) but they quickly relaxed and chatted for a couple of hours, sharing photos and stories from their childhoods.  The meeting went so well that Fiona and David felt comfortable to head off to lunch together.  My role in their relationship is over now as they continue their contact independently although I am always here if they want to make contact with me in future.

The time taken for Fiona and David to get to know each other through letters and e-mails was invaluable as it allowed them to build the beginnings of a relationship in a safe and supported way.  When they finally met, it was at a time that both felt ready for this step.   By taking things slowly and with support they have begun what will be a positive relationship through the rest of their lives.  Their families and David’s partner were also on this journey with them, and the time taken to get to know each other prior to the meeting also allowed them to adjust to the idea of their child/partner having a sibling, and making space for this person in all their lives.