Sarah shares her experience of an Adoption Activity Day. 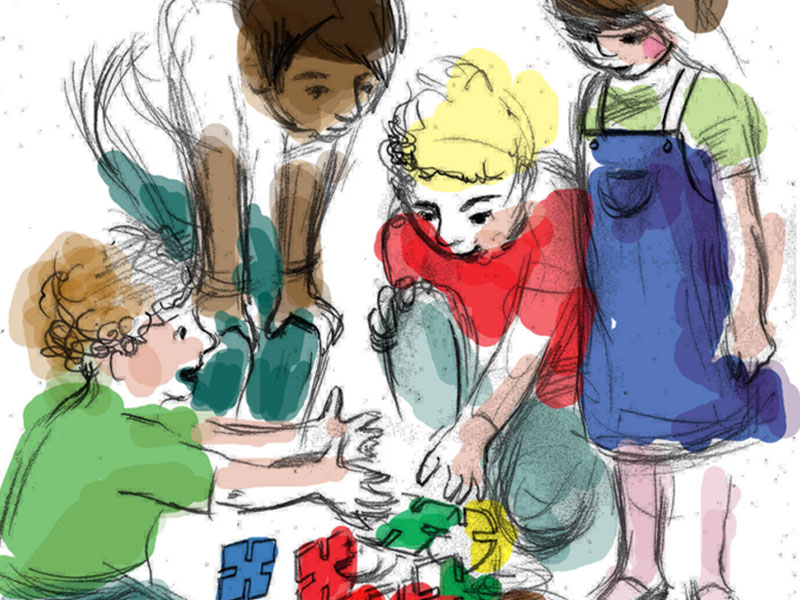 One of our Senior Practitioners, Sarah, attended an Activity Day in Bristol with her adopters. Here Sarah shares her expereince of the day.

On Sunday I attended my first activity day or play day as it was called. This play day was being held on the outskirts of Bristol which meant a very early start for a Sunday morning, leaving the house at 6am for an 820am flight. I wouldn’t normally make such an effort to travel from Edinburgh to Bristol for a random play day. This however, was no random play day. A couple of weeks earlier our agency had recieved a profile for two boys, 4 and 5, who needed a new forever family, or as we later learned, a growing up family as they understand it. These boys were not only adorable in the photos with cheeky grins but also love dogs, being outside, walking, exploring, are crafty and arty and have a lovely sibling bond. They sounded like a great potential match for my adopters who also love all of the above. So after sharing the profile with my adopters and numerous conversations with the boys social worker, we were invited to come to the play day as the boys were going to be there. Needless to say my adopters jumped at the opportunity to meet these cheeky chaps and so this led to my 5am Sunday morning start.

We arrived at the play centre where the day was being held and were warmly welcomed by all the staff facilitating the event. They all knew we had come from Edinburgh and I think they were just as excited about the adopters meeting the boys as we were. This wasn’t the boys first play day and while they had had another potential match this had fallen through, so it felt like everyone was invested in the boys future.

The staff had set up a grown up room where we had bottomless tea, coffee and biscuits. In here they also had pictures of the children who were attending, with their names and any geographical restrictions for placement. That was all we knew about the children. Altogether there were 14 children, a mixture of single children and siblings groups of 2 and 3, aged from 18 months to 8 years old. From our side there were about 11 sets of adopters. After an introduction from one of the organisers, explaining the structure of the day, play, tea and snack, parachute games and then storytime, some hints and tips about conversation starters with the children and foster carers, it was play time as the children had started to arrive.

To begin with it all felt a bit awkward, at the best of times, grown ups are not very good at playing without children, then add in the mix of anticipation and nerves and you have some very awkward adults! Things soon became more relaxed as the children began playing and were supported by the helpers who facilitated some crafts and music. Soon the boys arrived and they were even more adorable in real life than the photos showed! After some play inside, the foster care suggested to the boys that they explore outside and they were off. My adopters tried to wait a few minutes before joining them outside and I followed them 10 minutes later. The boys loved the outdoor activities, the swing, flying fox, slide and balance beams. My adopters and the boys were having a great time just playing and generally being silly. The next 30 to 40 minutes was all outdoor play and by a touch of fate no other children or adopters came out to play so my adopters were fortunate to really spend a lot of time with them. The boys decided that they would like to play on the bikes and we felt that we had possibly hogged the boys and their carer’s time, so we went inside to warm up, take a breath and get a reassuring cup of tea. It was easy for me to see that my adopters were rather smitten already.

We then all gathered back to have some group parachute games, during which the boys kept connecting with my adopters through eye contact and silly faces (though that might have been the adopters more with silly faces)! After story time, we all went on a bear hunt and we were only a little bit scared! And a ball flight in the soft play ball pit the day was being to draw to a close I don’t think any of us wanted it to end. The boys wanted to show the adopters their bikes as they had ridden here, and then it was time to say goodbye.

For us the day was a great success, getting to meet the children the adopters had read about was invaluable and really helped to cement the connection they were beginning to feel. Over dinner that evening we all reflected that it would have been a very different experience to attend without knowing anything about any of the children. It would have been much more overwhelming, as it would be walking into any room full of children you don’t know and trying to play, but with the added knowledge that you could possible adopt one of them it adds a certain level of anxiety. However, from my perspective I would also have prepared the adopters differently if we were attending the event without having a specific child in mind, so perhaps that would have been much more reassuring to the adopters or perhaps they would have decided it wasn’t the right type of event for them.

Overall I am so glad that we attended this play day and I would encourage others to do the same if they are given the opportunity. For more adopters it has made them more committed to pursuing this link and proceeding to the next stage of meeting all the professionals around the boys. Nothing beats meeting the children, they are the centre of this process and while we don’t want to expose them to too much uncertainity or risk, they have also had an opportunity to show that they also had fun with the adopters and hopefully also felt a connection, I think this is a strong foundation for a match going forward.

The children all appeared to have fun and left with smiles on their faces. Hopefully not only will these boys have a new growing up family but hopefully many of the other children who attended too.