Race Across The World!

One couple who are going through their homestudy reflect on the adoptive family currently in the BBC2 show Race Across The World. 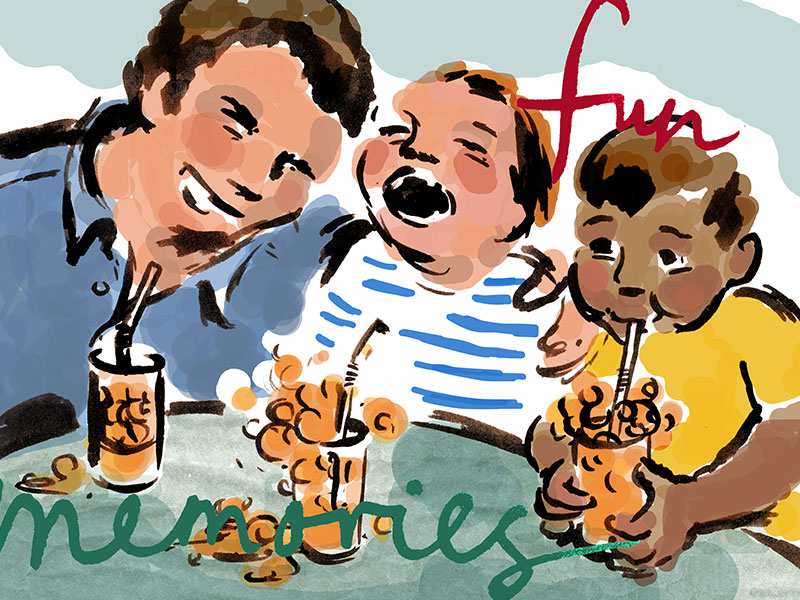 Race Across The World

This is a TV show on BBC2 now in its second series which my partner and I watch together. The premise is that five or six teams of two have to cover a large distance over land from a starting point to a finish point on a budget of £26 a day. They cannot use planes so have to rely on buses, trains etc. and teams get eliminated later on in the competition if they are the last ones to reach a checkpoint on a particular leg of the journey. This second series covers Mexico City to Ushuaia at the south of Argentina 25,000 km away.

The second series features Jo (Mum) and Sam (Son, 19). At first you don’t know anything about their relationship or history other than that they are Mother and Son however as the series progresses, we discover that Sam was adopted at the age of 6 months. Jo and her partner already had one birth child before adopting Sam. Once Jo reveals this you can understand their relationship better. Sam has been through numerous schools and been told that he is stupid by fellow pupils and teachers but he also has ADHD and Jo later found out about Foetal Alcohol Syndrome. Sam wasn’t academic at school but relishes being outside doing physical work such as gardening and labouring, which also helps him work off his excess energy. He also can’t concentrate or take information in for long periods of time, so Jo often takes this lead in planning their journey. Jo is so supportive of Sam in every way but sometimes too focused on wanting them to win that she forgets why they have come on the journey together.

Sam finds his ADHD frustrating and it sometimes leads to tensions – during the course of the series they have to stop to do work locally to earn money to help keep their budget afloat. Sam really struggles working tables in a bar as he doesn’t like being around too many people and doesn’t understand the language. Because of this he gets very frustrated with himself and nearly quits the show. Jo is keen to drive them forward and do well in each leg of the race to stay in the competition. The situation in the bar causes Jo to reassess how she is mapping their journey and she then takes a different tack – instead of constantly travelling and working she builds in more frequent experiences to help Sam enjoy himself and release his energy by snowboarding in the desert or going to the salt lakes. Ultimately she wants the experience to be a positive one for him, whether they win or lose. She also looks for work that Sam will enjoy more, so instead of bar work the next job they do is working on the fields with a farmer, looking after goats and gathering firewood and Sam really flourishes here. Jo adapts their experience to better meet Sam’s needs, also giving him some independent time to explore cities so that she is not always with him and he can make his own decisions, and as a result they both work together better as a team. At the time of writing they are both still in the race. To watch the clip where Jo talks about adopting Sam click here.

For me, personally, it’s so great to see an adult relationship with their adopted parent. So many things you’ll see are about kids so it’s really refreshing to see the development of how that relationship looks over time. Jo and Sam are a brilliant example of a supportive mother/son relationship where they both understand each other and can talk to each other about their relationship. This way Jo can understand Sam’s needs better and respond to them. It’s great to see that despite Sam experiencing adversity in the form of bullying, his ADHD and FAS, these things have not held him back in finding out what works for him and what he enjoys doing. Jo has been his advocate every step of the way. Jo expressed anxiety about whether she could ever love Sam because he was adopted, but her obvious love and concern for him now show what a great model Jo is for us all. There’s a warmth to their relationship and they can have a laugh together too.

I really like seeing positive adult adoptee examples as it is helping me and my partner see things long term, rather than just thinking about the immediate placement/funnelling/initial issues we will have to go through. Something that at this stage in the journey, we sometimes forget about.

Series 2 of Race Across the World is on Sunday evenings on BBC 2 at 8pm and available on  BBC iPlayer. At the time of writing Jo and Sam are both still in the race!